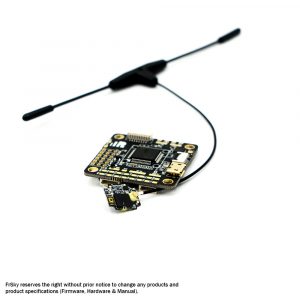 The R9 MM-FC (OMNIBUS F4 Fireworks V2) supports 3-6s Lipo direct input, built-in hall Current Sensor and Power Filter as well. The on Board PDB is tweaked by using 12-Layer PCB design. There is only 0.2-0.5 mohm internal resistance from input to each output pad. 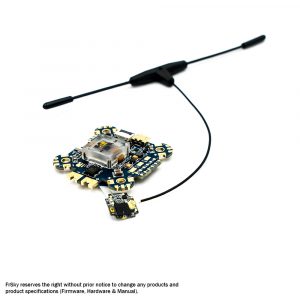 The FrSky 900MHz R9 MM-FC (OMNINXT F7) is developed based on the newly designed NXT architecture. It is integrated with the R9 MM receiver mounted in a protection box, and uses the trusty MPU6000 Gyro with an additional ICM20608 on top. With the onboard dampening box, the gyros run perfectly on 32k loop time. The NXT also comes with 2 different BECs and 6 UARTs.

The R9 MM-FC (OMNINXT F7) supports 3-6s Lipo direct input, built-in BEC for camera / VTX and Power Filter. This FC is designed to be able to pair with 4in1 ESCs to form a powerful combo, and also has pins for individual ESCs.